Batman: The Dark Knight Returns is an animated movie released in two parts between 2012 and 2013. It is based on the comic book story of the same name by Frank Miller. 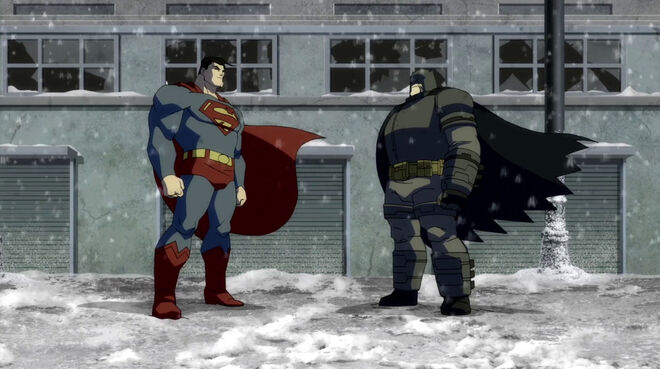 Retrieved from "https://superman.fandom.com/wiki/Batman:_The_Dark_Knight_Returns_(film)?oldid=30255"
Community content is available under CC-BY-SA unless otherwise noted.