Eve Teschmacher was a character in Superman: The Movie, and Superman II. She is Lex Luthor's mistress and assistant.

Ms. Teschmacher acts as a supporter to both Luthor and Superman. She is apparently Luthor's girlfriend, but they do not seem to have a close relationship. When Superman is nearly killed after being given a huge pendant of green Kryptonite and left to drown, Luthor boasts of his plan to destroy California with the US Navy nuclear warhead Miss Teschmacher reprogrammed. He is sending a second missle to Hackensack, New Jersey, where Miss Teschmacher's mother lives. Miss Teschmacher expresses concern that her mother lives in Hackensack, to which Luthor callously remarks "Not for much longer" and leaves. Superman appeals to Miss Teschmacher to remove the kryptonite from him. She does so on the basis that Superman stop the Hackensack missile first, to which Superman reluctantly agrees being concerned that Lois Lane would be killed in California. Miss Teschmacher kisses Superman after she saves him from drowning, but it is not known if that was due to feelings for Superman or she considered him sweet to save her family. Interestingly, she is also the only woman to kiss Superman, despite the film clearly showing a romance between Superman and Lois Lane. The California missle set off a split of California from the mainland along the San Adreas Fault, but Superman was able to stop it. Unfortunately, Lois Lane died in the incident before Superman could reach her. So, he turned back time by flying swiftly around the Earth until it began rotating in the opposite direction, thus returning her to life.(Superman: The Movie).

Miss Teschmacher returns in the sequel, albeit with a smaller role. She helps Lex to escape prison by flying a balloon over the prison with a rope ladder. Lex climbs out, and together they go to the arctic where they enter Superman's Fortress of Solitude. There, they learn about the three Kryptonian villains led by General Zod in the Phantom Zone. Another interesting facet was although she did not seem to care much for Otis, she scolds Luthor for not helping him during their escape and leaving him to be caught by the prison guards. (Superman II)

Eve Teschmacher was Luthor's secretary, and it was she who admitted people to see him. ("Superman: Red Son")

She appears off-panel in the comic, constituting a brief cameo.

Eve Teschmacher is once again working with Lex Luthor and Otis, when they catch a strange purple meteor that later turns Otis into the Parasite. (Superman Family Adventures)

She seems to have much the same role for Lex as she did in Superman: The Movie continuity.

Tess Mercer was considered to possibly be a version of Ms. Teschmacher, due to the similar name and her status as Luthor's second in command. Her character was also speculated to be merged with that of Mercy Graves. In season 8, Tess Mercer takes over Lex's job and place in the Luthor mansion and also becomes the new editor of the Daily Planet. Her full name is revealed to be Lutessa Lena Luthor, Lex Luthor's sister.

After Kara is promoted, she recommends Teschmacher to be her replacement as Cat Grant's personal assistant. Cat finds Eve inadequate, particularly compared to Kara, and often screamed at her. Eve comes off as a very energetic, bubbly and sweet girl, although, understandably, very jittery at Cat Grant's demanding and sometimes exasperated yells of 'Ms. Teschmacher!' when she needs something. When Ms. Grant's decides to step back from her company, promoting James Olsen to editor-in-chief, Eve stays on as James's assistant.

After meeting Lena, who learns of Eve's significant scientific education and prowess, Luthor offers Eve a position at LCorp as her research assistant, which Eve takes, leaving CatCo behind. After assisting Lena in testing and creating a cure for disease out of the Harun-El (the Rock of Yuda Kal), Lena is shocked to discover that Lex has orchestrated most of the events of Lena's time in National City, with help from his devoted assistant, Eve Teschmacher. Or, so it seems, until it is revealed that Eve is actually a reluctant agent answering to Leviathan.

Torres also went on to try and seduce John Cena, who is such an all-powerful babyface he is regularly referred to as the "Superman" of the WWE. 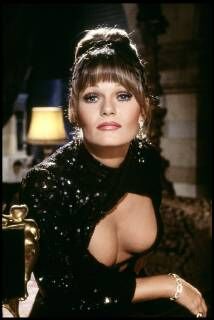 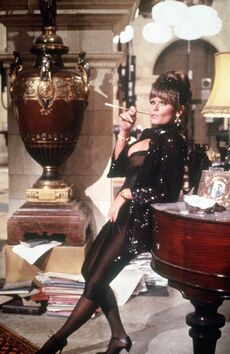 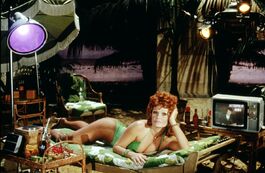 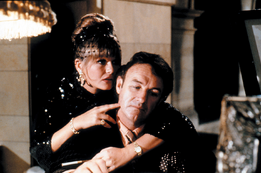 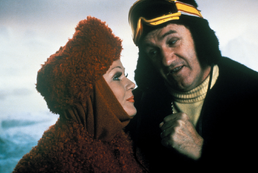 Searching for the Fortress 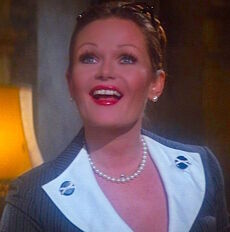 Retrieved from "https://superman.fandom.com/wiki/Eve_Teschmacher?oldid=33796"
Community content is available under CC-BY-SA unless otherwise noted.