Superman Wiki
Register
Don't have an account?
Sign In
Advertisement
in: Presidents of the United States, Historical Figures

John F. Kennedy is a former president of the United States. He befriended Superman during his tenure, and Superman trusted him enough to reveal his secret identity to him.

When Supergirl's existence was revealed to the world, Superman took her to meet President Kennedy. He told her to continue to use her powers to help the world. ("The World's Greatest Heroine!") 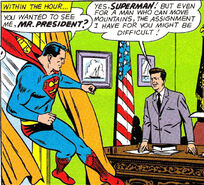 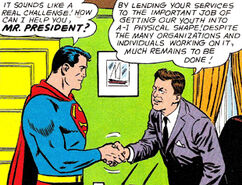 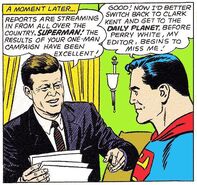