John Henry Irons A.K.A. Steel is a superhero and ally to Superman, and he shares Superman's "S" shield symbol and red cape. He has no superhuman abilities of his own, and instead has built himself a high-powered mechanized armor suit out of steel.

Irons is a former weapon designer for the military who quit after a powerful type of gun he created called a BG 60 was used by terrorists to kill innocent people. He's also the first person to call himself Steel. He first appeared in the Return of Superman story arc after witnessing a kid get killed by a more powerful version called the BG 80 also called a Toastmaster to after being caught in the crossfire of gang war to his horror he puts on a Steel Suit and calls himself the Man of Steel in order to destroy the weapons and find out who is suppling them to the gangs.

Steel has consistently reinvented himself over the years, at one point even gaining actual superpowers for a short period of time. Additionally, his niece, Natasha Irons, donned a new armor suit and became Steel after Irons had retired. 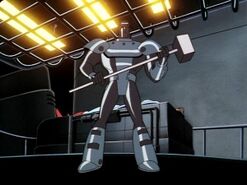 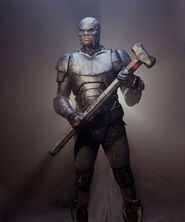 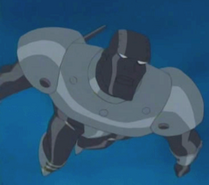 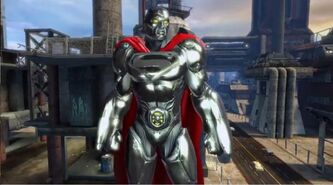 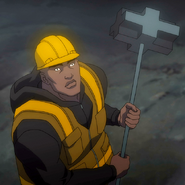 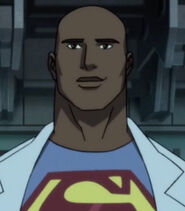 Cress Williams
"The Death of Superman"(2018) 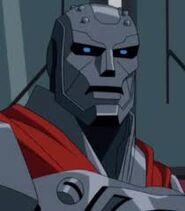 Cress Williams
Reign of the Supermen(2019) 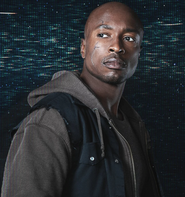 A live-action movie was made starring Shaquile O'Neal as Steel. The movie contained no direct references to Superman, although in the movie John Henry had a tattoo of Superman's S shield (which is an actual tattoo on Shaq's body).

In the radio play and audiobook, Superman: Doomsday & Beyond, Steel was portrayed by Leon Herbert.

Steel made his debut to the CW Arrowverse in Superman & Lois portrayed by actor Wolé Parks, initially as an antagonist before becoming an ally of Superman's.