For other uses, see Jor-El A.I.

Jor-El was a Kryptonian scientist, prior to Krypton's destruction. He was a member of the Kryptonian Council, and at one time, was its head. Although he was greatly respected amongst his colleagues, they ridiculed him when he predicted the destruction of the planet through his experiments. Jor-El is also the father of Kal-El, the boy who would become Superman on Earth and uncle of Kara Zor-El who becomes Supergirl on Earth. Prior to Krypton's destruction, he launched Kal-El, as a baby, on an experimental spacecraft toward Earth, a planet he had previously visited.

Although he is now dead, a semblance of his personality lives on as a computer program within Superman's Fortress of Solitude. He appears when called for, and gives his son advice. Additionally, he sometimes attempts to ensure that his son fulfills his Kryptonian destiny. However, Jor-El is a benevolent man, and a great scientist; well ahead of his time on Krypton. He truly cares for his family and even for the inhabitants of Earth.

In most depictions, Jor-El is a benevolent scientist. Very wise and caring for his son. In many versions of the story, he is unique amongst his fellow scientists (And, perhaps, amongst Kryptonians in general) in that he has more of an open mind to accept new ideas, and (especially in the modern versions) is sometimes the only Kryptonian capable of openly loving his wife and son.

After the destruction of Krypton, Jor-El survives as an artificial intelligence. In the television series Smallville, this artificial Jor-El has seemed more strictly Kryptonian and coercive; However, recent seasons have brought him more in line with the wise, benevolent image of Jor-El.

As it was summarized in various Silver Age stories, Jor-El was Krypton's leading brilliant scientific genius, having invented:

He lived in Krypton's major city of Kryptonopolis. Even before Jor-El's birth, the El family was renowned across Krypton for its various contributions to Kryptonian society.

Jor-El had two brothers: Zor-El, who lived in Argo City and eventually became the father of Kara Zor-El, alias Supergirl, and a fraternal twin brother named Nim-El, who lived in Kandor. In several stories, Jor-El's father was established as Jor-El I, and his mother as Nimda An-Dor. Jor-El eventually met and married Lara, daughter of Lor-Van, a young astronaut in Krypton's fledgling space program (which was soon permanently grounded after Jax-Urblew up one of Krypton's inhabited moons), and the two soon had an infant son, Kal-El.

Jor-El was once a scientist and high-ranking member of the Kryptonian Council on the planet Krypton. He was a protege of the eminent scientist known as Non and together they discovered that Krypton was suffering from severe geological disturbances - disturbances that threatened to destroy the entire planet. Jor-El brought his concerns to the Science Council, but they dismissed his assertions as a vehicle of paranoia and discord. Jor-El was also the architect of the Phantom Zone projector, a device that could teleport convicted criminals into an otherworldly dimension called the Phantom Zone. Jor-El believed that imprisonment in the Phantom Zone was a more humane method of incarcerating criminals, though he had little knowledge of what life inside the Phantom Zone was truly like.[1]

Shortly before the destruction of Krypton, his wife Lara gave birth to a son named Kal-El. Desperate to save his son's life, he created a star-drive ship designed to take him to another world - a world where he would be safe and grow up to be strong and happy. Jor-El explored the galaxy in search of a suitable planet and sent out dozens of probes designed to collect various data. His research revealed that Kryptonians living in a yellow-star system developed enhanced physical characteristics including super-strength, speed and agility. One of Jor-El's probes landed on the planet Earth where it was discovered by motorist Thomas Wayne, Batman's father. When Thomas touched the probe, his consciousness was instantly transported to Krypton where he met Jor-El. Although their meeting was brief, Jor-El developed a fondness and respect for Thomas Wayne. He decided that Earth would be the perfect planet for his son to be raised.[2]

Within a short period of time, Jor-El's worst nightmares came to pass. Massive groundquakes erupted across the planet and Krypton literally shook in its death-throes. With little time to spare, Jor-El and Lara placed baby Kal-El into his rocket ship and sent him off towards Earth. Krypton exploded and everyone on the planet, including Jor-El, were killed. 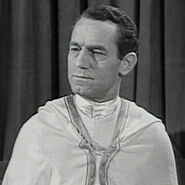 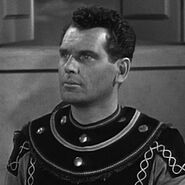 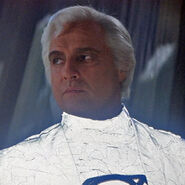 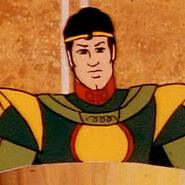 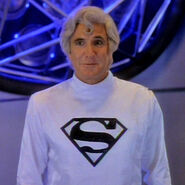 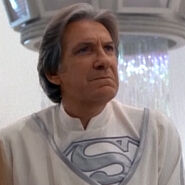 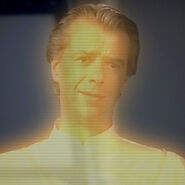 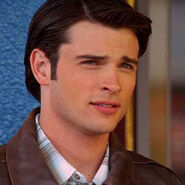 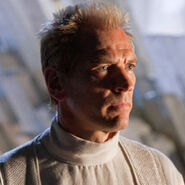 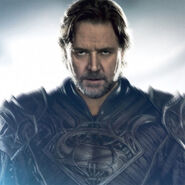 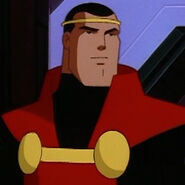 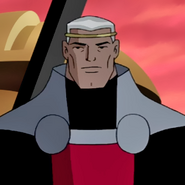 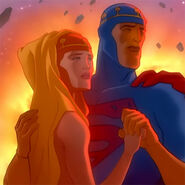 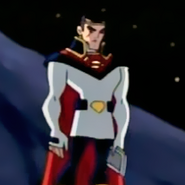 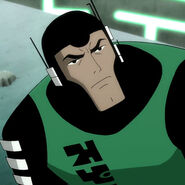