Lena Luthor is the younger sister of Lex Luthor. She sometimes goes by Lena Thorul, an anagrammed version of her family name.

Lena was Lex's little sister, who lived with their parents. She inherited telepathy when she was zapped by a Space-Brain in her brother's lab. When Lex became a criminal, she changed her name along with her entire family to "Thorul" out of shame (Though she was not told the reason for the change). Her parents were then killed in an auto accident, orphaning the little girl and leaving her unaware that she is the sister of Lex, the famous criminal. Lex, however, remembered her and intentionally remained unknown to her, as he still cared for her and didn't want to break her heart or get her involved in his criminal activities. ("The Girl with the X-Ray Mind!")

She had tried to get a job with the F.B.I, due to her powers, but they turned her down because of her mysterious past. She first met Linda Lee at a Midvale High science club meeting, where a scientist was testing the possibility of extra-sensory perception. Linda, secretly Supergirl, observed that Lena got every question right on an ESP test. The two girls began talking, and Linda's adoptive family gave Lena a ride home, during which her powers were further in evidence. Later, as Supergirl, Linda investigated the reason for the F.B.I's rejection of Lena, and discovered the connection to Lex Luthor. Meanwhile, Lena, having been rejected by law enforcement, took a job with criminals, leading Lex to worry she was following in his footsteps and to contact Supergirl for help. But Lena had only joined the gang in order to bring them all to justice. Supergirl, discovering this, spoke to the F.B.I about re-opening her case. ("The Girl with the X-Ray Mind!")

While her application was being reviewed, Lena maintained a job at the Midvale Library, keeping up her friendship with Linda. At a costume party, due to a mishap, Lena was mistaken for Supergirl (as she was wearing a Supergirl costume) which lead Linda's boyfriend, Dick Malverine, to believe that Lena was Supergirl's secret identity. He then began to court her, seemingly forgetting about his relationship with Linda. ("The Girl who was Supergirl's Double!")

Lena first appears as Lex's sister in Superman: Secret Origin. They grew up together until their father's death, at which time Lex severed all ties with her and Smallville.

In Final Crisis: Legion of 3 Worlds #3, Legionnaires Polar Boy, Wildfire, and Dawnstar travel to Smallville during the 20th Century, back to when Superman was still a suburban legend. The three heroes arrive to the Luthor household, where they hear a young Lex Luthor arguing with his father about his mother and sister.

In the revived Adventure Comics, Lena, now an adult, is still living in Smallville, but as an invalid. She has a daughter, Lori Luthor, who has a history of minor misdemeanors.

Lori became friends with Superboy, but both were shocked to find Luthor on Lori's doorstep, intent on taking control of Superboy again and claiming he can cure Lena's condition.

With Superboy's help Luthor indeed cures Lena, but he then undoes his cure, claiming he only helped her to prove to Superboy that he could and that so long as Superman lives, he will never reveal how he did it. Currently Lena is under the care of Wayne Enterprise doctors, thanks to Red Robin.

In Supergirl: Cosmic Adventures in the 8th Grade, Lena Thorul appears as a little girl attending the same high school as Supergirl. She appears to be a budding scientist.

She was nice, and a good friend; however, she was sensitive and easily angered, using her scientific prowess to do things such as removing everyone's meteor-given superpowers.

A woman named Lena Luthor appeared at the head of Luthorcorp in the 30th century. Her family was no longer feuding with Superman's by this era, and she helped end the fight against Muto. (Superman 2999) 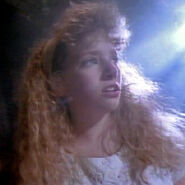 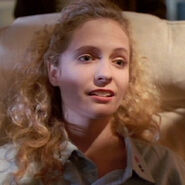 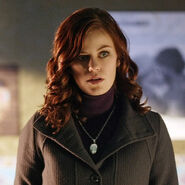 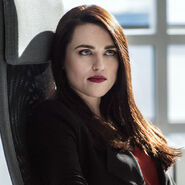 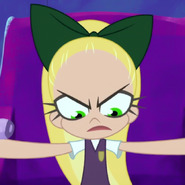 In the television series Smallville, the character of Tess Mercer was introduced in Season 7, who initially was a close follower of Lex Luthor and was devoted to him. After discovering his deception towards her, she turned against him.

It was revealed in season 10 that Tess was raised in an orphanage by Granny Goodness, having been left there by her biological father, who was revealed to be Lionel Luthor. Tess soon recovered her birth certificate, which revealed her true name as Lutessa Lena Luthor.