Margaret Ellen Sawyer is a law enforcement officer who has primarily served in Metropolis and Gotham City.

She tries to prove the police force is more efficient than a vigilante in fighting crime, and so becomes a constant thorn in Superman's side during the early days of his career, even trying to apprehend him occasionally. Eventually, after being injured and saved by Superman during a terrorist plot, her attitude towards him warms up.

Later stories revealed that she originally came from Star City, and was married to another police officer named James Sawyer. The two had one daughter named Jamie before they divorced. Following the marriage, Maggie fell in love with a woman, Toby Raines, a reporter for the Metropolis Star.

Maggie has a close working relationship with Dan Turpin, the second-in-command of the SCU. Henderson, however, resents the fact that she gives orders to officers who outrank her and, when he becomes Commissioner following the death of Superman, resolves the situation by promoting her to Inspector. Her first case in this role found her involved in a covert 'war' between Superman's allies and Project Cadmus, led by Paul Westfield who had stolen Superman's body for their own ends.

In the mid-2000s, Maggie was transferred to Gotham City's police force as the head of the Major Crimes Unit, and became a significant character in Gotham Central. The move placed some strain on her relationship with Toby, who did not follow her to Gotham.

Maggie appeared in Detective Comics #856 at a charity ball attended by Kate Kane. While the two are dancing, Maggie mentions that she and Toby are no longer together and asks Kate for her phone number. Following this encounter, Sawyer became a supporting character in the Batwoman series launched in 2011. Sawyer develops a romantic relationship with Kane, whose secret activities as Batwoman complicates their relationship. Kane reveals her identity as Batwoman by proposing to her in costume in Batwoman #17.

After Commissioner Jason Bard resigns, Maggie is appointed in his place. However, she ended up stepping down to return to the MCU, and has Gordon restored as Commissioner.

Following the Rebirth event, Maggie has transferred back to Metropolis. 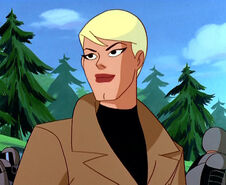 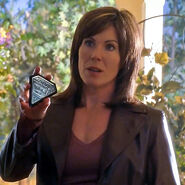 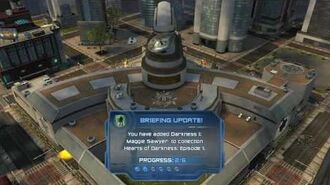 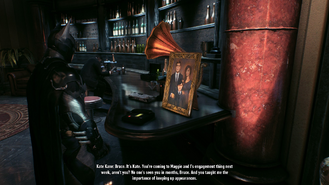 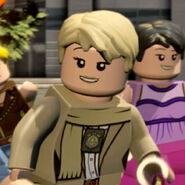 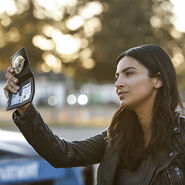