Supergirl: Cosmic Adventures in the 8th Grade is a comic book series featuring Kara Zor-El, aka Supergirl, facing challenges in the 8th grade.

The series is not set in the main comics continuity, and is intended for children. It features a younger version of Supergirl than most other versions.

In the series, Argo is the name of a moon of Krypton, not a city, and was not destroyed. Instead, Kara hid inside her father's rocket, thinking he would find her inside and release her, but instead found herself sent to Earth. 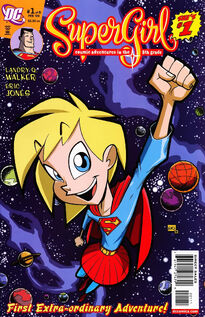 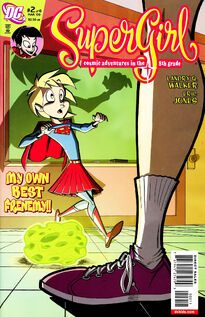 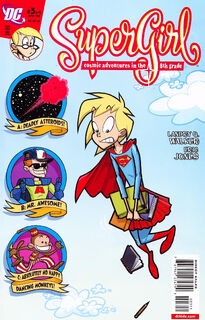 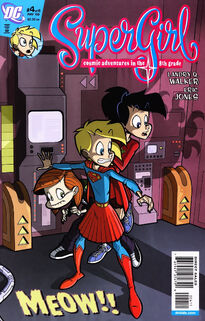 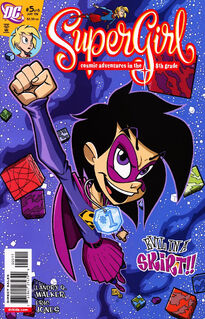 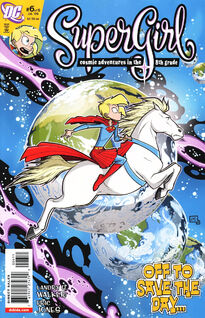 Add a photo to this gallery
Retrieved from "https://superman.fandom.com/wiki/Supergirl:_Cosmic_Adventures_in_the_8th_Grade?oldid=31259"
Community content is available under CC-BY-SA unless otherwise noted.