The Blur is a name used on Smallville for Clark Kent's superheroics before he became known to the world as Superman. The name started as a literal description by eyewitnesses to an unseen protector on the streets of Metropolis: the Red-Blue Blur. This was at a time when Clark would regularly wear a blue shirt with a red jacket. After he started wearing black, the media redubbed him "The Blur". 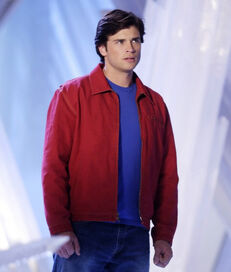 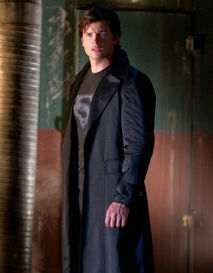 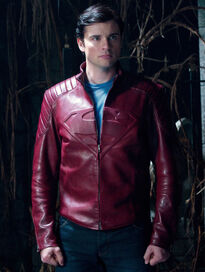 The Blur as a designation for Clark Kent before becoming Superman is original to Smallville. In the comics, Superman/Batman #73 (August 2010) features a close-up shot of Lois Lane researching on her computer, with a newspaper headline in the background: "RED-BLUE BLUR" GETS A NAME.

Retrieved from "https://superman.fandom.com/wiki/The_Blur?oldid=31466"
Community content is available under CC-BY-SA unless otherwise noted.