The Flash is a superhero, one of Superman's colleagues in the Justice League. His main power is Super-Speed, although it comes from a different source than that of Kryptonians; Flash's speed comes from the Speed Force.

There have been several versions of the Flash, including Jay Garrick, Barry Allen, Wally West, and Bart Allen. Most of these Flashes have, at some point or another, had a superspeed race with Superman. Although the results of these races vary, most times the Flash beats Superman by a fair margin.

One telling example occurred in Smallville. Bart Allen challenged a young Clark Kent to catch him, and Clark chased him, and seemed to be catching up, when Bart Allen moved away so fast that even from Clark's superfast perspective, the boy seemed to be moving at super speed.

Barry Allen and a twin brother were born on May 13, two weeks late, to Henry and Nora Allen in the small midwestern town of Fallville, Iowa. The brother was pronounced stillborn by Dr. Gilmore. However, in actuality, he had been born healthy, but given to another family, the Thawne's, whose child had died during birth. The lateness of Barry's birth only foreshadowed his bad habit of always being late. Barry grew up reading the adventures of his favorite super hero, Jay Garrick, the original Flash, and acted many of his hero's adventures out with his friend and future actress, Daphne Dean.

In high school, Barry had a reputation for being slow and easy-going. On his first date, he went to a carnival. His date had wanted to put a little motion in his step, and they went on the roller coaster first thing. Because of this, he developed a fear of roller coasters, a fear that he didn't get rid of until much later in his life.

Barry loved chemistry from an early age, and that helped his skills as a farmer. He won first place in the Fallville County Fair Agricultural Competition, a prize which included an scholarship to Sun City University. He graduated in three years with a major in organic chemistry and a minor in criminology.

Super Speed: It appears that the Flash may run at any speed. Theoretically, speeds greater than Mach 10, are dangerous to the people and to the environment. This speed would still be the equivalent to approximately 2.1 miles per second; allowing him to cross the United States in about 23 minutes, or circle the world in about 3 hours. The Flash rarely achieves such speed in populated areas due to the effects of sonic disruptions and air displacements. His cruising speeds are probably around 90-150 miles per hour (1.5 - 2.5 miles per minute). This is fast enough to move through most cities and around people without causing too much disruption to the population and slow enough for him to register everything he sees clearly. If he choses, Barry can approach the speed of light, and doing so, enters the Speed Force dimension. If he chooses to continue to run at light speed, he can use the Speed Force dimension for a form of haphazard Time Travel.

Supercharged Brain Activity: The Flash's mental abilities are also increased in speed, simple computations can be done at lightning speeds, and his ability to perform normal feats at increased speeds has allow him to build hundreds of force field generators in a matter of hours, move sandbags to cover a beach or search an entire area for something as small as a paper clip. Barry can also read as super-speed, and often takes advantage of his ability to learn at increased speeds, although, Jay Garrick has done so and has become a jack of all trades in several disciplines and languages. 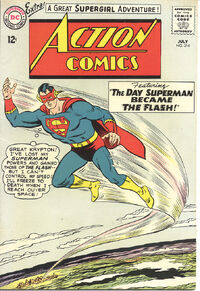 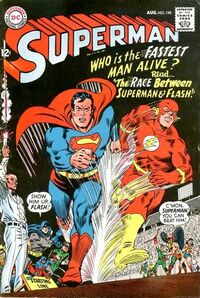 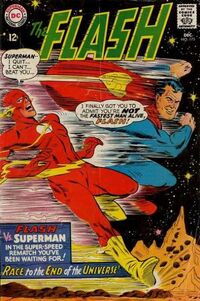 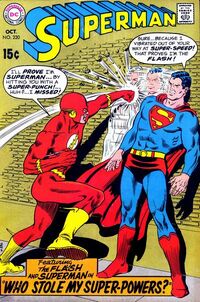 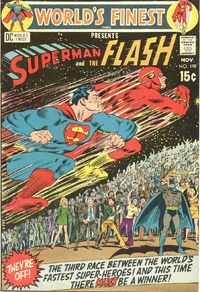 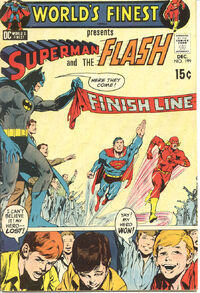 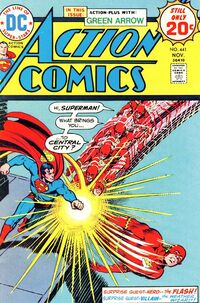 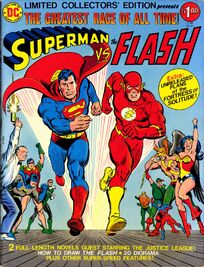 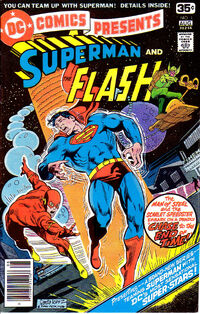 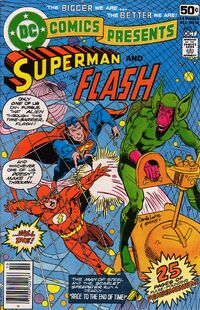 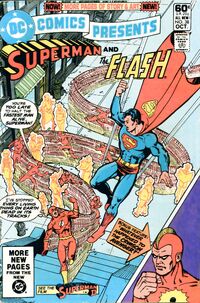 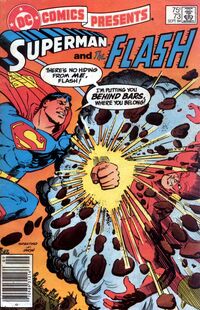 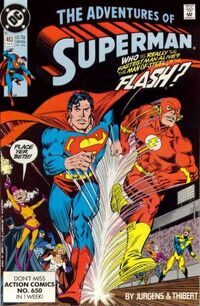 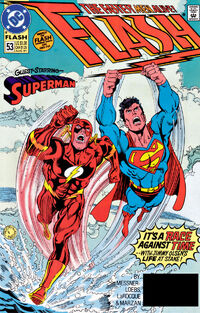 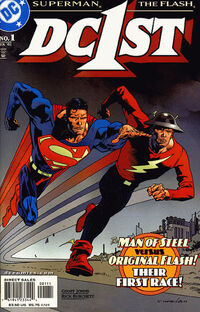 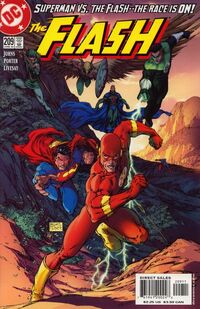 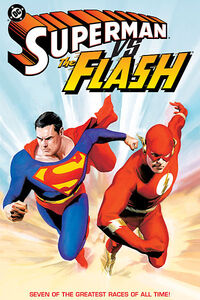 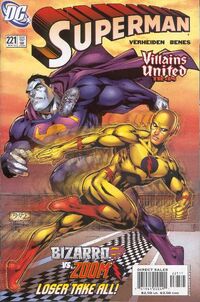 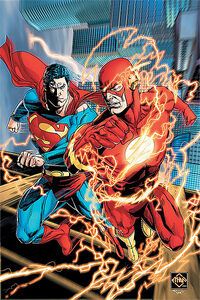 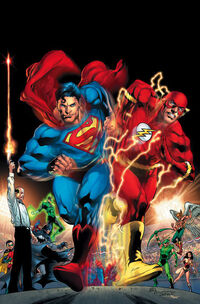 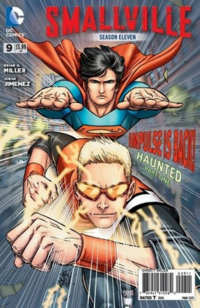 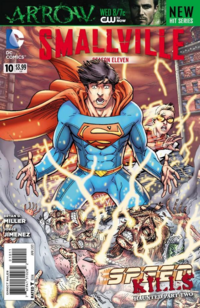 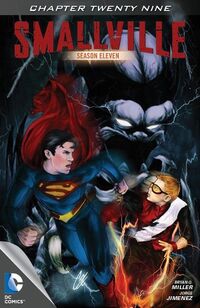 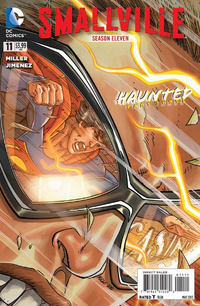 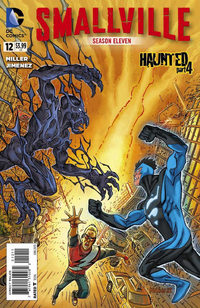 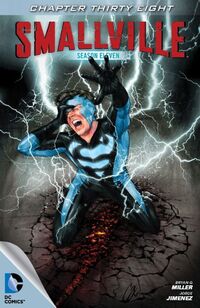 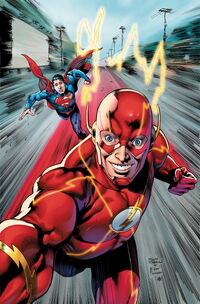 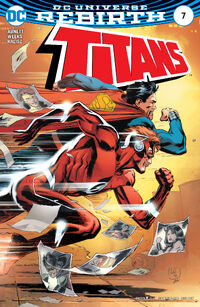 Titans #7 (2017)
Add a photo to this gallery
Retrieved from "https://superman.fandom.com/wiki/The_Flash?oldid=31485"
Community content is available under CC-BY-SA unless otherwise noted.