Toyman, also known as Winslow Schott, is one of Superman's enemies. His gimmick is that all his weapons look like toys.

The Toyman is also a skilled robotics engineer, having built numerous robots, some of which even stood in for Toyman himself.

The second Toyman was a man named Jack Nimball, for a brief period in the 1970s. However, Schott soon killed him and resumed his career as Toyman.

In the series Lois & Clark, Winslow Schott is a black man who had originally been a chemist prior to having a career in toys. This reason for becoming the Toyman was somewhat more sympathetic, having gone bankrupt after people rejected his traditional toys in favor of violent and disgusting ones. In vengeance, Schott sought to beat them at their own game by creating a line of vulgar action figures known as "Atomic Space Rats" which was laced with a chemical that made people act like grabby children (but lost its effect when superheated, then simply becoming like orange juice). This Toyman was aided by a woman named Miss Duffy, who had been a secretary at the toy company and at first was aghast at Schott's actions, but changed her mind when the Space Rats made so much money he bought her a luxury car, which he said he noticed her years of hard work at the toy company went unrewarded. Schott's plans were even more grandoise, to ruin Christmas by dumping the chemical into Metropolis' reservoir; however this was stopped by Superman who used heat vision to nullify it. Schott ultimately repents when a child from the orphanage chooses one of his old teddy bears over the Space Rats, and Superman convinces police to allow Miss Duffy and Mr. Schott enjoy a Christmas party at the orphange before he takes them in.

In the 2000s, a Japanese boy named Hiro Okamura identified himself as Toyman, providing a high-tech toy-themed spaceship to Superman and Batman. This version was later revealed to be a robot created by the real Toyman, Winslow Schott.

In fact, almost all of the many versions of Toyman to appear in comics over the years have been shown to be robotic toys created by Schott.

Toyman also has a relative named Anton Schott, aka the Dollmaker. 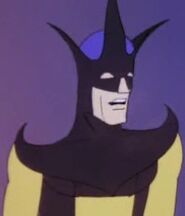 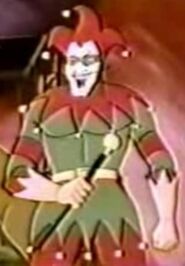 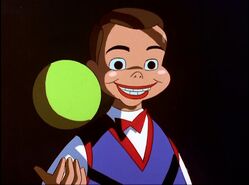 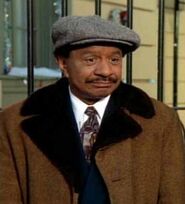 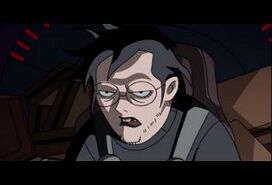 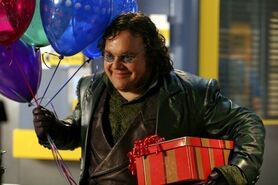 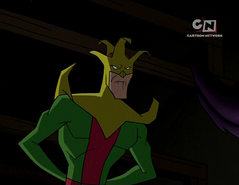 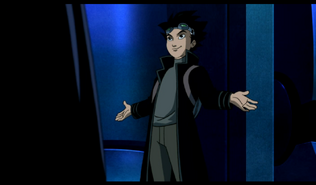 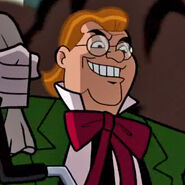 DiMaggio
Batman: The Brave and the Bold 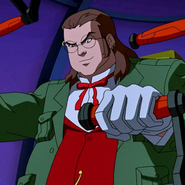 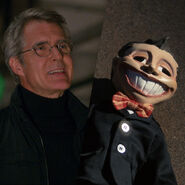 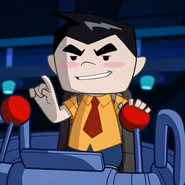 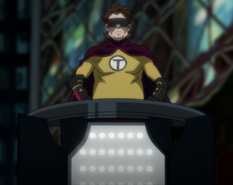 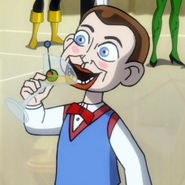